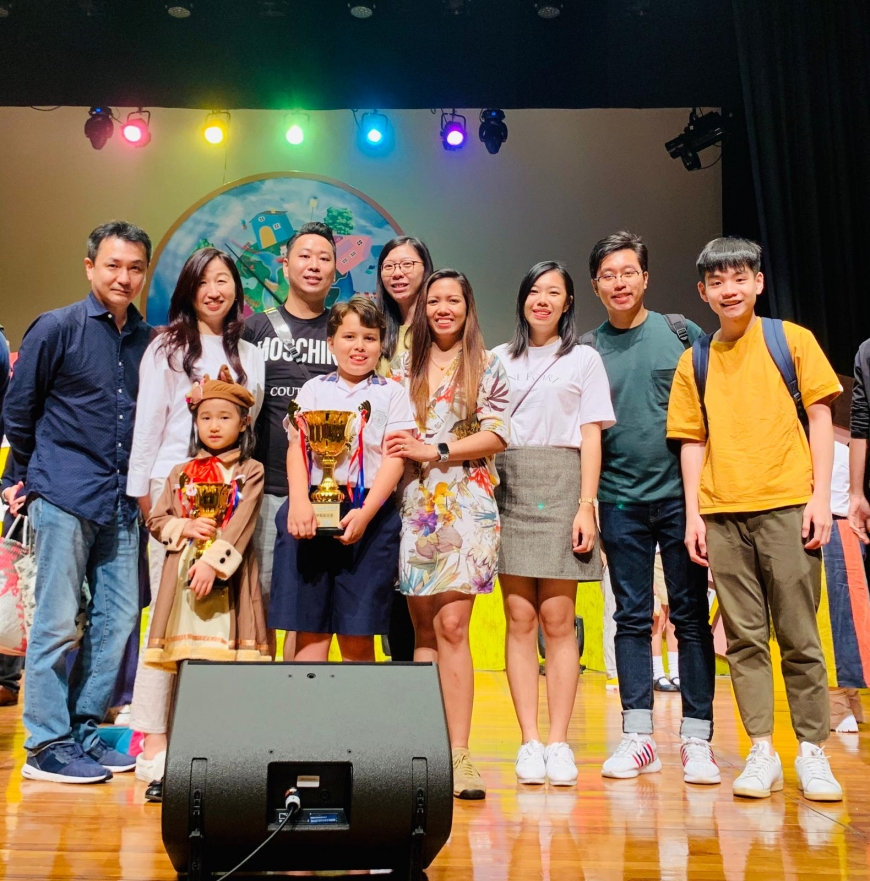 Congratulations to our two non-Chinese speaking students who won awards in the Children Story Telling Competition 2019! Toko Isomura from P.2B and John Ray Hulls from P.4A performed wonderfully in the competition. John Ray told the story 《魔法衣與寶劍的秘密》and won the champion award, whereas Toko who narrated the story《松鼠東東的家》 received the second runner-up award.

The competition was held on 9th of June (Sunday) in the Academic Community Hall, Hong Kong Baptist University. This year, the theme of the competition was ‘My Most Precious…’.Through listening and telling stories with this theme, participating children would be able to think deliberately about their precious persons and things, and learn to cherish their things that are hard to come by.

John Ray and Toko chose to narrate inspirational stories to promote positive values. John Ray thinks the most precious thing in his life is love. He says, “We care for others with love and motivate others to do the same, which leads to a harmonious society.” Toko’s story was about environmental protection. She hopes to arouse people’s awareness of protecting the earth and preserving its flora and fauna.